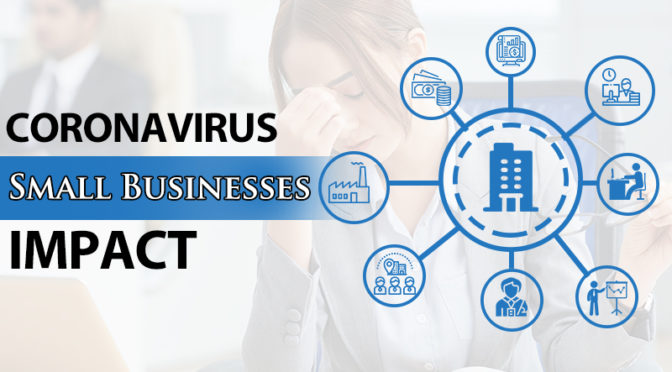 The outbreak of COVID-19 has come down hard like a blow of a hammer on the Australian economy, costing a huge number of jobs along the country’s length and breadth, closing down restaurants, and bars, cafes and hotels, airlines and transport and the hospitality industry. Various industry sectors are suddenly facing an acute shortage of customers due to the ban that has been imposed on traveling and due to social distancing, closure of offices and other measures that have been taken to arrest the spread of the virus.

The hardest hit in Australia is the small and medium enterprises, (SMEs) like in many other countries that have been hit by this pandemic.

The rot started from the devaluation of AUSD

The share market has crashed, and it has come as a heavy blow to the businesses, mainly the smaller and medium-sized ones. However, this carnage in the share market has hardly jolted the bigger companies that are listed on the Australian Securities Exchange (ASX). The initial blow has fallen right on the SMEs and that is a matter of grave concern to the economists. Indeed, it has jolted the economy in many ways.

As a direct result, dollars have been almost instantaneously sucked out of the SME fraternity, which mainly depends on face-to-face trade to run – like events, cafes, hotels, bars, shops, restaurants, and the likes.

A majority of these small and medium business owners have started to shut down, sacking their employees. This has set up a perfect backdrop of an impending housing crisis in the coming days, when the workers who are out of nowhere unemployed overnight, will be unable to pay their mortgage installments and house rents.

And this trend is going to gain momentum as the Aussie PM, Scott Morrison has announced on Friday, that all indoor gatherings that have already been limited to 100 people, will be restricted to only one individual every per 4 square meters.

A majority of these SMEs are not able to pay their commercial rents and the businesses in the hospitality sector and have already started telling their landlords that they will not be able to pay their rents this month, as their business has come to a standstill.

How bad it can be?

Well, this is really bad – to say the least! Economists all over the world have already forecasted a recession and the only question that is pertinent at this point, is how long it will continue and how bad it is going to be?

UBS, the Investment Bank has done some economic modeling in detail, regarding the long term effect of this pandemic, simulating scenarios of a mediocre, intermediate and severe outbreak!

As of now, they have thrown the model concerning the moderate scenario out of context, now that the probability of the infection spreading and peaking around the next month is getting more and more realistic.

People below 30 in Australia have never seen a recession and it is hard for them to ascertain how hard it can be. Jobs will be scarce, and wages that are already at a standstill will remain so or even go backward depending upon whether the spread will be moderate or severe. In short, it is a bleak future ahead for the SMEs!